If there is something that comes to mind when one is planing his kitetrip to Mallorca is: where to kitesurf in Mallorca?  You could in fact say: where to do, where to practice or where to learn kitesurfing, when, in fact, the real question is: where is it allowed to kitesurf on the island?

Theoretically, kitesurfing could be practiced in several beaches -almost anywhere- around the island.  If that is permitted or not it is a different matter.  Hence the risk that one is willing to assume if by instance breaking the law and do kitesurfing in a not allowed area, or adding to the equation if we are or not concerned to put ourselves and other people at risk.

In all spanish territory by law it is only possible to learn or practice kitesurfing 200 mts away from the coast.  Breaking this rule, if caught, you will be punished with a 3000 euros ticket.

The only legal way to acceed to the 200 meters distance from the beach it should be through a legalized channel marked with buoys and make use of this channel at a speed of 3 mph. 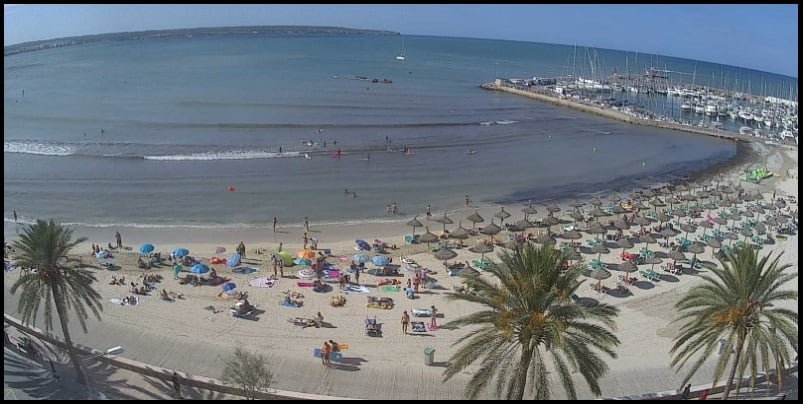 Can Pastilla beach during the tourist season –
Does it look like you should be kitesurfing here?

The legislation that refers to the navigation in our country it is named: Ley de Costas and first thing that should be clarified is that the law does not make difference between summer or winter seasons, the law must be observed always, without exceptions

Another question is that from mid-October / November until late March there are very few people who goes to the beaches, therefore that chances to annoy or to put at risk other beach goers diminishes, though, remember well, for the enforcement of law, it is exactly the same, that means, no difference. You break the law, if caught “in flagrant delit” you will pay for it.

And returning to the original question: where to learn or practice kitesurf in Mallorca, let’s establish already clearly the differences: In summer, almost nowhere.

The Bay of Pollensa where our MALLORCA KITESCHOOL licensed kiteschool and our kite water channel is, is the only authorized way of access.

In Playas de Muro there is a channel that should also be of permitted use although with some real important precautions to be taken, given that it is a small/narrow channel, and at both sides of the channel and for hundreds and hundreds of meters there are many swimmers. 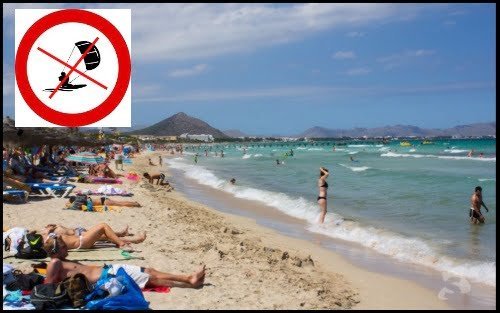 The beach is very narrow though very pretty and in any day during Spring/Summer seasons it would be expectable to have certain difficulties even to prepare and launch our kite due the lack of space and also to leave through the channel considering that the wind will almost certainly be onshore and we should not cross the line of buoys.  And to complicate things even more, the breaking waves will send you towards the beach.

Add to this that one has to kitesurf with the kite almost over the head of those who are walking along the beach as you most likely will get donwwinded due to the orientation of your tracks and the power of the breaking waves, in short, Playas de Muro or Son Serra de Marina, for the same reasons as the last mentioned are not a good choice.

Is the Bay of Pollensa, especially in the area of ​​Sa Marina, where everyone should practice and learn kitesurfing. There is where our channel it is placed, following the directions of Coast and Marine authorities. 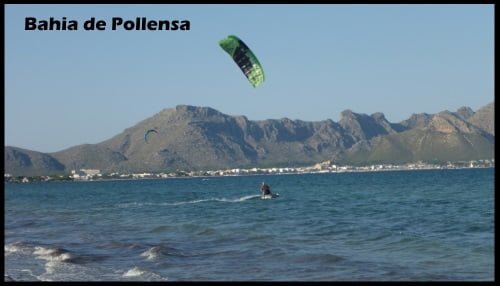 This, evidently, is not exactly an invitation to all those who are reading this lines to come at the same time, logically, the less we are, the better we will kitesurf.
Though the bay is big and there is hardly any navigation of other boats that should worry us, the question here is if you are going to be able to ride upwind enough to don’t ride near the shore and this way cross with the so many kiters that will not be able to get upwind. 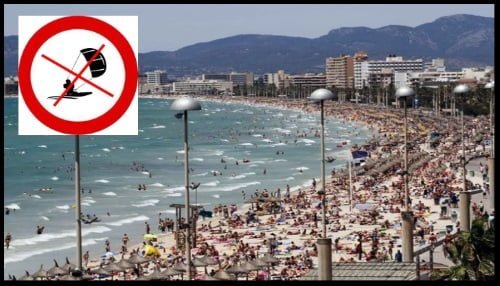 And besides that, there is Can Pastilla beach near Palma and its channel that, although it is an option that I personally do not consider, given the crowds that are on the beach and also swimmimg, some local kiters do kitesurf there.

Do you want to learn Kitesurf in Mallorca?
Book your course at best price

The rest of beaches to do kitesurf in Mallorca 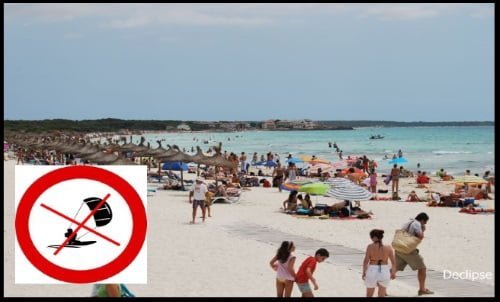 Are not recommended during tourist season because of the mass of sun bathers and swimmers and because there are no channel for sailing, so I will not describe them in detail in this blog post.

And to make it short. Spring/Summer? Bahia de Pollensa.   Autumm/Winter? anywhere but with all the due precautions and in case of storms, doble your precautions in any case.

The Association Aprende a Navegar and the kite school www.mallorcakiteschool.com do not encourage the use of the beaches of Can Pastilla – El Arenal to learn kitesurfing or practice it, due to the proximity of the boulevard promenade, the depth of its waters and the undulating conditions often found on these beaches, as well as the many beach users and people walking on and around the beach.

View all posts by Borja