There are key days in one’s life as kiter. One of them, perhaps the most important, is the day when you get up on the kiteboard for the first time and start kitesurfing to your left and later towards your right, one way and the other. Carlos and his kitesurf lessons in Pollensa Mallorca.

Carlos lives in Madrid, and taking advantage of a work trip to Mallorca has managed to escape the last three days of his stay on the island once carried out his work duties.  Carlos at 9:00 in the morning was already active and preparing himself for a successful kite learning day, which has resulted in arriving at noon to the meeting point with his kite teacher. After some theory lesson he was already on the beach eager to start practicing with the kite.

At the end of his second day of kite lessons and after progressing allthe way through the kite control exercises and bodydrag, Carlos already began with his first waterstarts.

After a couple of failed attempts of waterstart, Carlos started getting up on the kiteboard and covering the first hundred meters kitesurfing in both directions … 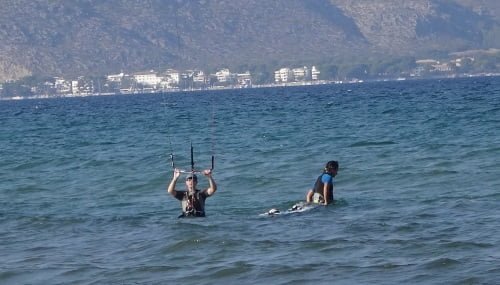 here some photos of our new kiteclub member 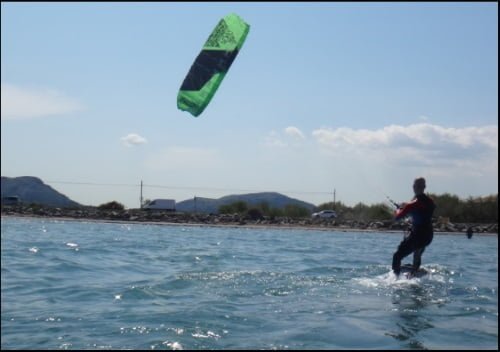 Our friend Carlos is positioned in the kiteboard, he get up and start advancing 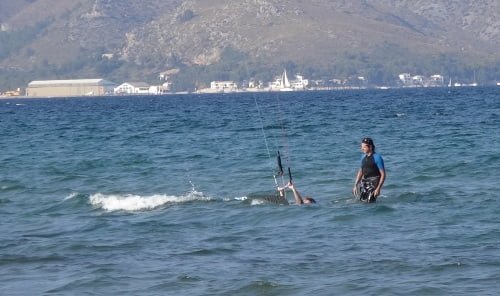 After a while, and gaining progressive control, he continues his navigation, kitesurfing again towards the other side of the wind window through his second waterstart attempt in his kite course. 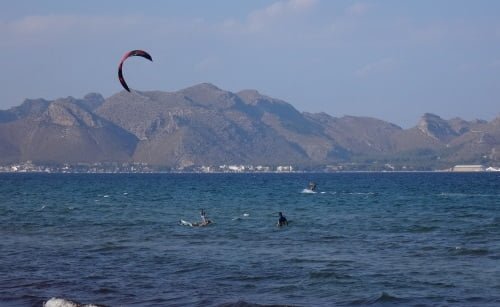 after a while, kitesurfing already upwind and maintaining the track 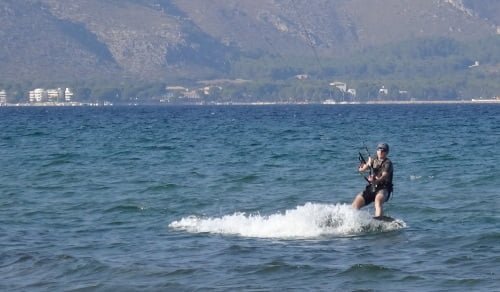 in what should be considered his glorious “first kitesteps” 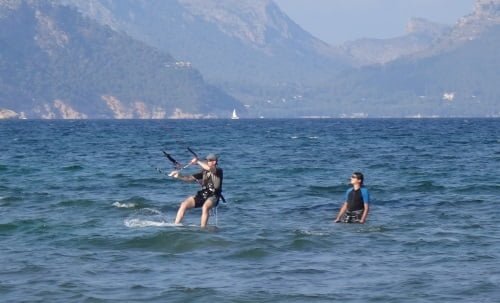 Although, as it seems, the wind is not helping too much 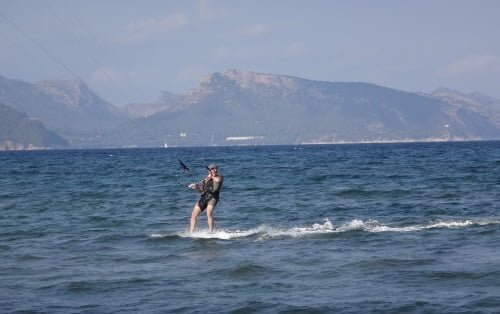 but Carlos, absolutelyn commited is still riding his kiteboard happily over here and there 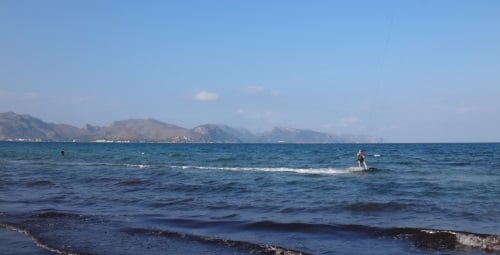 When the desire is so great, nothing can stop you. Carlos has taken advantage of his kite lessons and has learned how to kitesurf fluently in only two days of kitesurfing lessons. 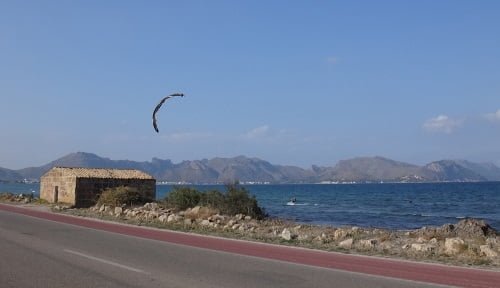 and a final photo of our friend Carlos who, as his face shows, is very happy. He has achieved his goal, get up on the board and be able to learn in his 3 days of kitesurfing lessons with Mallorca kiteschool. 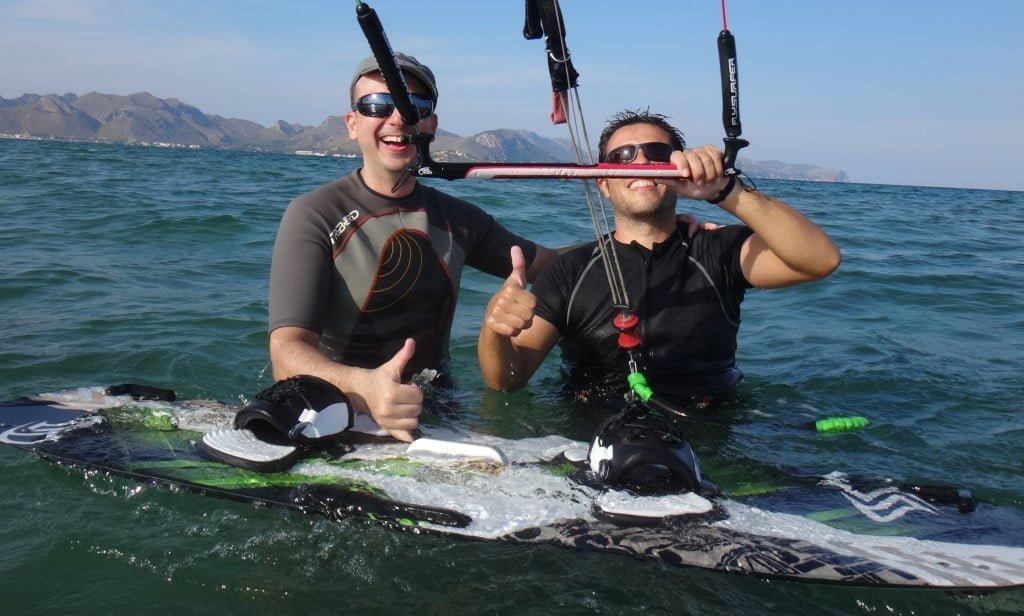