Kitesurfing in Mallorca – Summertime
With a size of 3,640 km2, and a coastline of 555 km, Mallorca constitutes a perfect space to receive a typical system of thermal winds during hot season.

In the island of Mallorca, we have a thermal regime of breezes in summer which is created by the following situation: To the west of the Iberian peninsula, over the Atlantic, the surface dominance of the Azores High Pressure Area and the formation of a thermal low over Spain, together with a general circulation of east component winds in the southwest part of the Mediterranean Sea.

During mid to late spring and throughout the summer season, the earth heated by the influence of sun, causes the convection of superheated air over the surface of the island which in turn gives rise to the aspiration of cooler air from the sea creating wind current by noon generally, blowing  for a couple of hours, maybe longer and sometimes even later during the day which is known as “Embat” 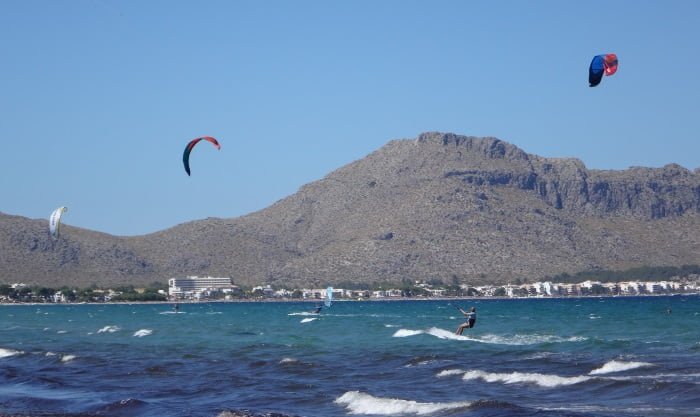 The intensity of this breezes goes between 3 or 4 knots and until 14 to 16 knots in its highest peak, being generally between 10 and 12 knots its average strength.

The Embat wind takes place around the island clockwise: NE in the bays of Pollensa and Alcudia, E-SE on the east coast of the island, SW in the south and NW in the West of Mallorca 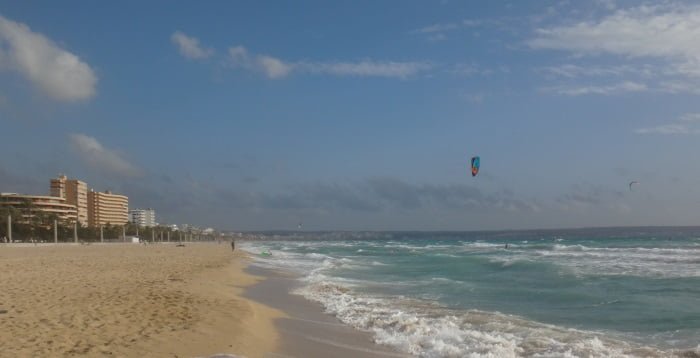 Can Pastilla, southern kitesurfing spot in Mallorca –
special attention needed during summer season because mass tourism in the area

The sea air, cooler than the overheated air over the island, penetrates inland from different coastal origins depending on its orientation but mainly those of the two large bays of the north and south of the island, reorienting itself in function of the orography.

The sea breeze or Embat usually shows an orientation perpendicular to the coastline, also admitting its relation with some possible effects depending of any zone of high or less likely low pressure area in the greater or lesser proximity of the island, affecting in turn into a greater or lesser extent to the thermal air current, both in intensity and in variation of the angle in which that breeze enters over land.

The Embat in the eastern part of the island is less regular although sometimes the heated land create breezes that blows with greater intensity than the normal intensity, being in that case its predominant direction from the third quadrant –from South– instead of East or Southeast coming breezes, that is, when wind intensity rises. Then, as explained before, this it is due to the breeze which has rolled towards the South 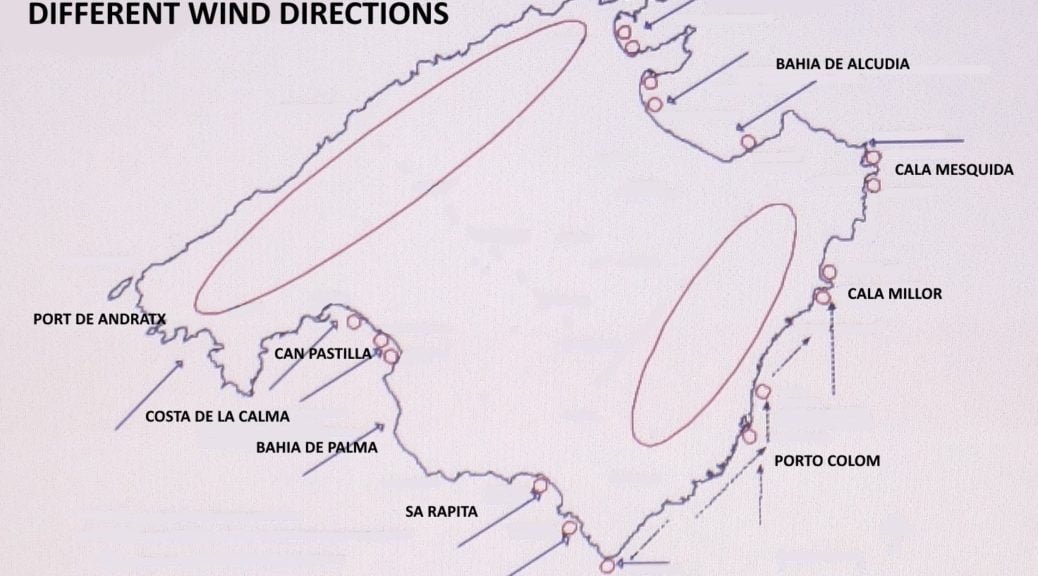 Do you want to learn kitesurfing in Mallorca or Vung Tau?
Book your course here at the best price