Lately, some videos on YouTube have get popular where it is which invite, advertise or promote kitesurfing in Can Pastilla / Playa de Palma. Should we really kitesurf in Can Pastilla?

Can Pastilla and Playa de Palma/Arenal, are public beaches, not beach which are oriented to the practice of extreme sports as kitesurfing. In fact that beaches are very busy and frequented by people who live in the city of Palma, as well as many tourists which like to swim or just lie in the sun. 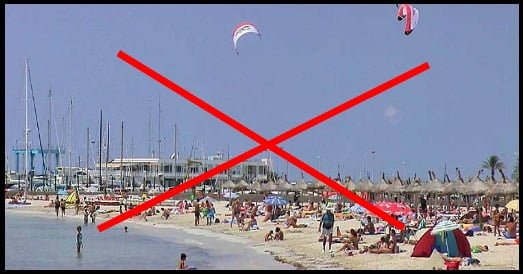 Some kiters ignore these evident facts and decide to kitesurf there, which poses a high risk for other beach users. We must not forget that this is also a high nautic traffic area in which are many boats and sailing ships.

By law, there’s a line of yellow buoys all along the way from Can Pastilla until El Arenal, 16 kms long which is placed 200 meters from the beach to signal the swimmers area. Not any sort of watersports should be practiced within this limits as it is considered a serious offence. 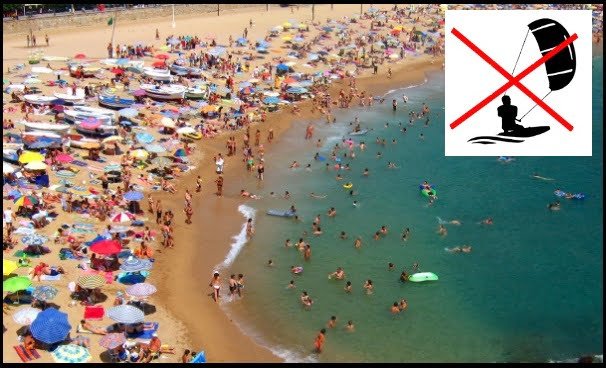 Kitesurfing in Can Pastilla/Arenal beaches and in any case, if offered kitesurfing courses in this area, better ignore them.
If caught teaching kitesurfing fines are up to 3000 euros. 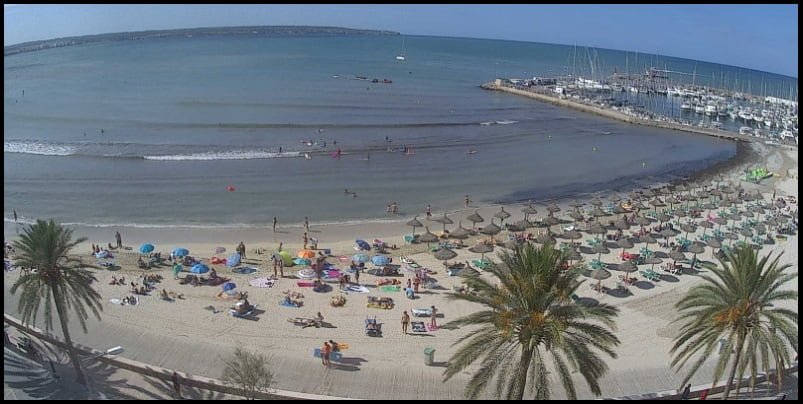 Can Pastilla beach during the tourist season –
Does it looks as you should be kitesurfing here?

Kitesurfing in Can Pastilla it’s, after all, under your own responsibility. If in spite of the law, the crowded area and its limitations you decide to kitesurf there, you should make use of the water channel to leave the beach and to return to shore and be extremely careful at all times.

The Association Aprende a Navegar and the kite school www.mallorcakiteschool.com do not encourage the use of the beaches of Can Pastilla – El Arenal to learn kitesurfing or practice it, due to the proximity of the boulevard promenade, the depth of its waters and the undulating conditions often found on these beaches, as well as the many beach users and people walking on and around the beach.